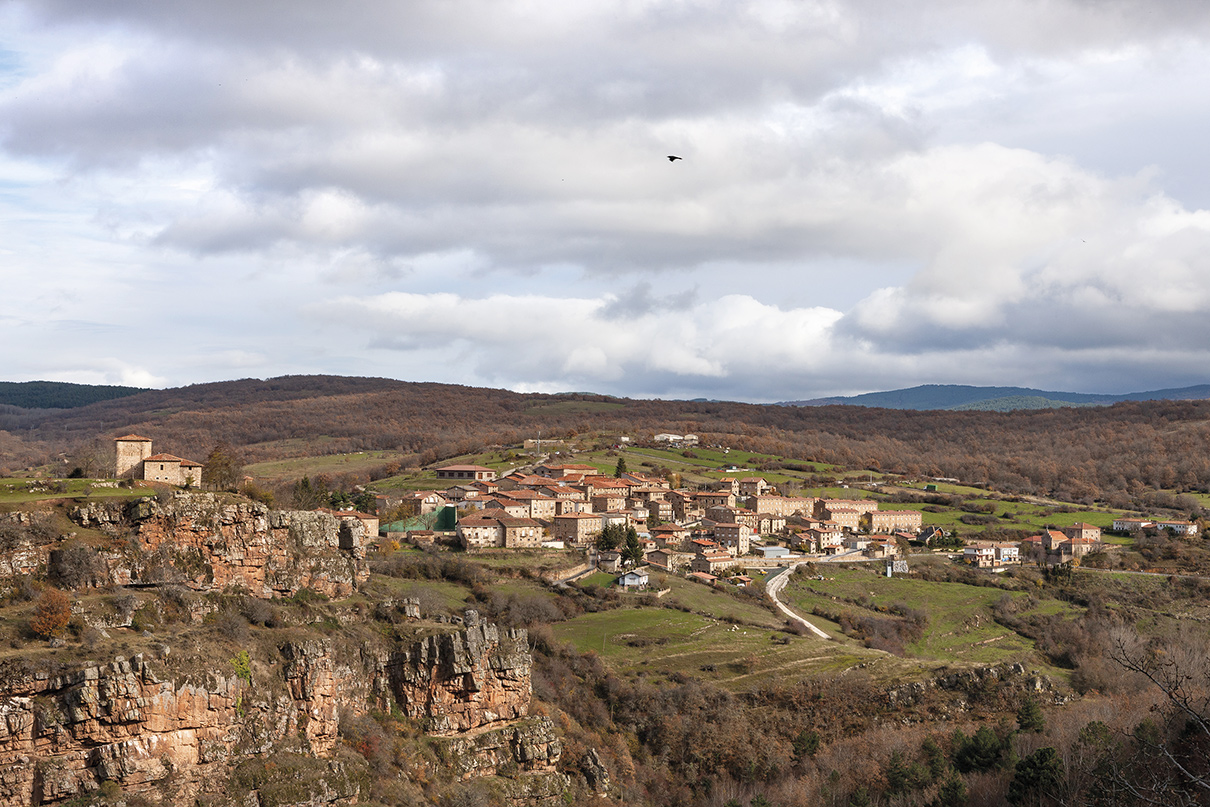 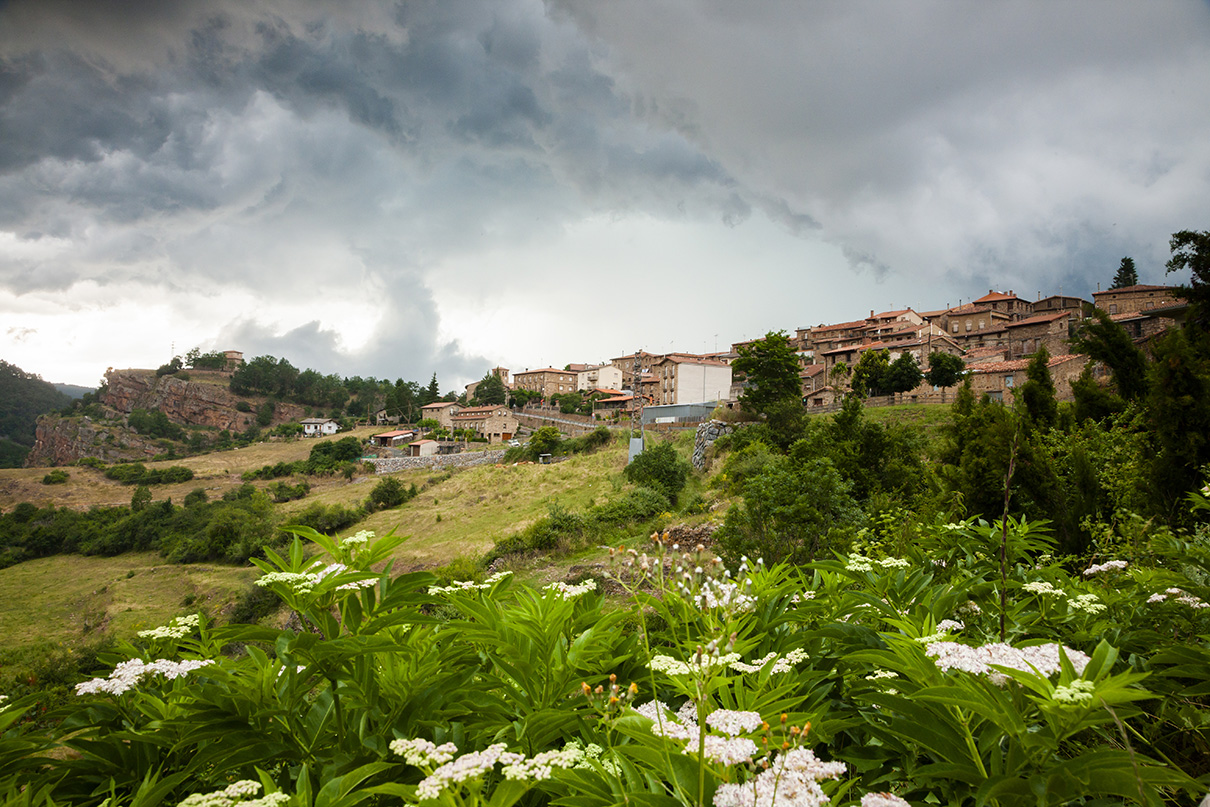 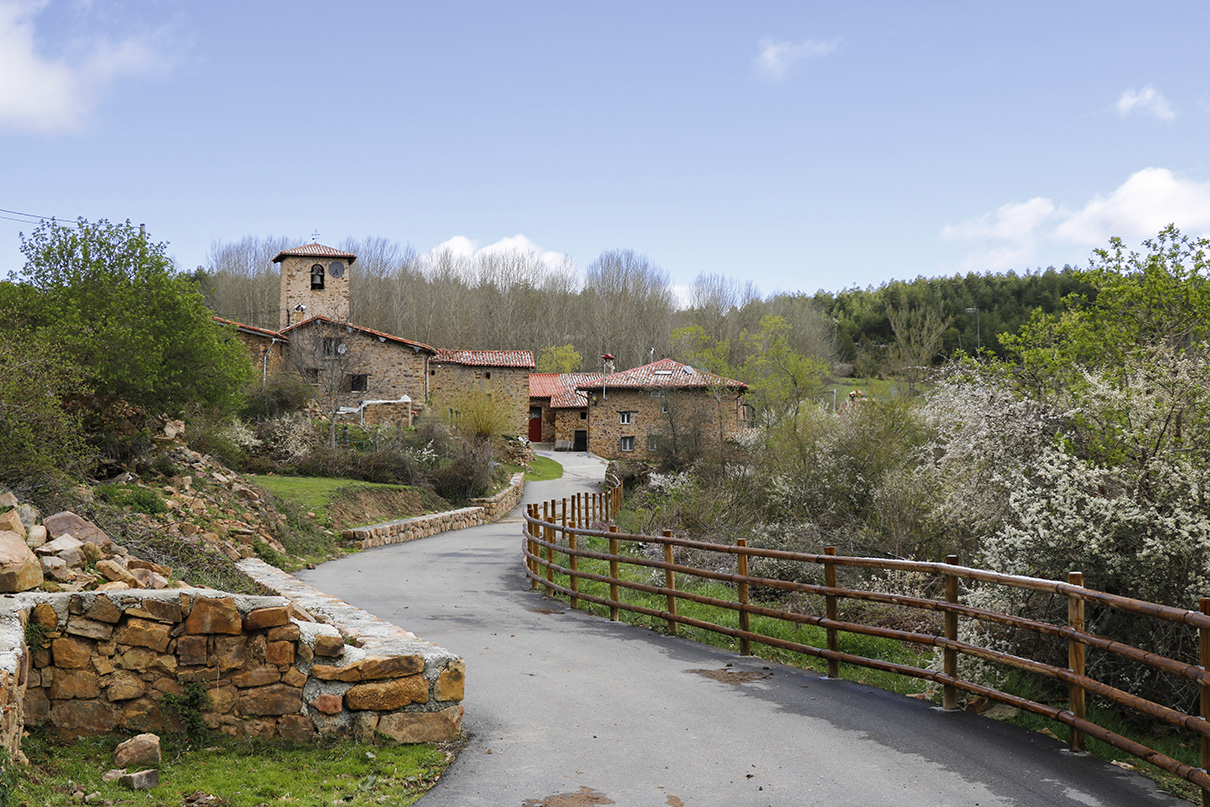 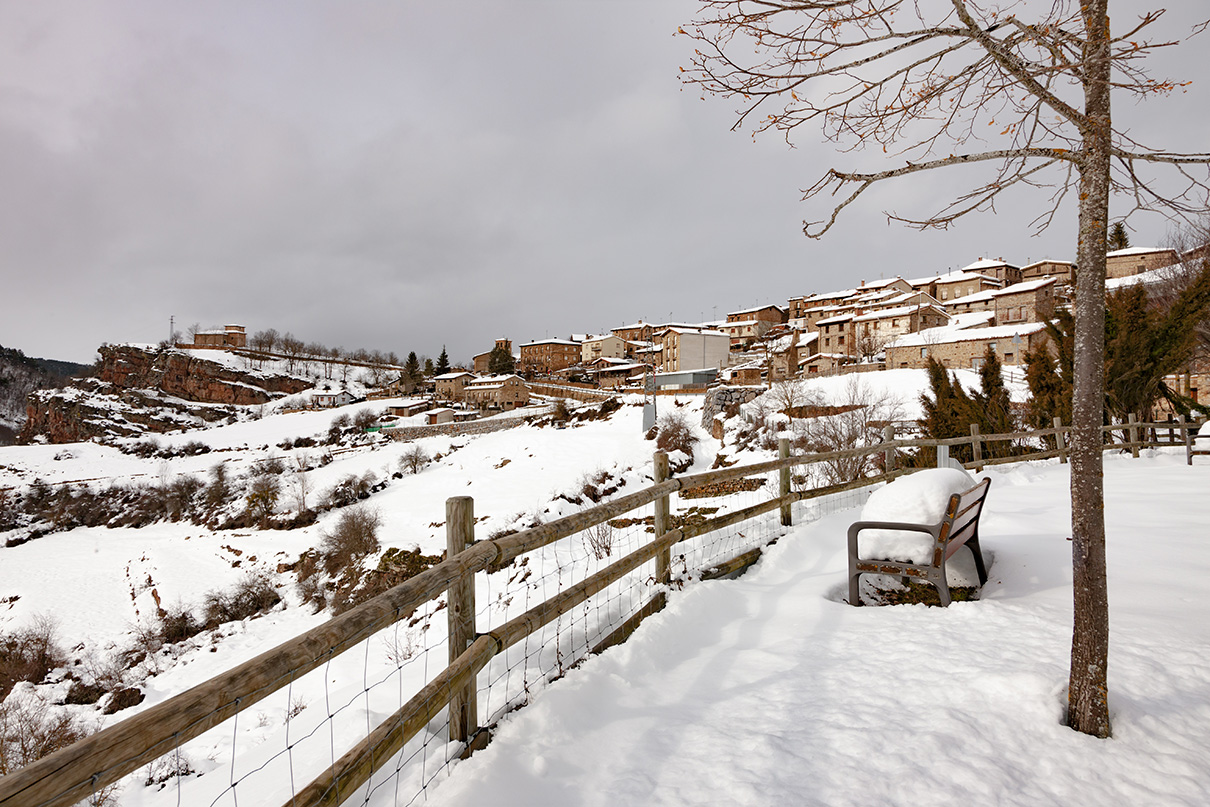 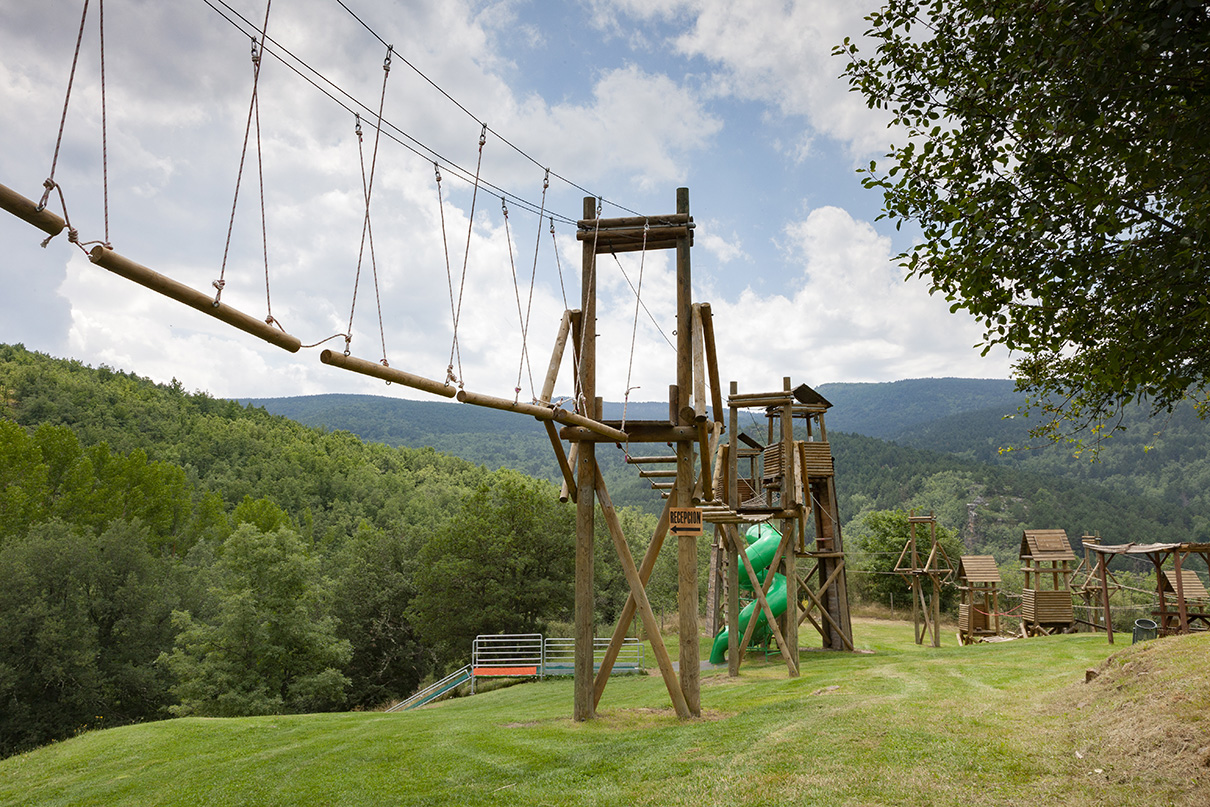 Lumbreras has a large municipal area (142.9 square kilometres), which makes it the third municipality in size in Rioja, after Alfaro and Cervera. It has abundant grass pastures and woodland areas, and there was a Visigoth Fort and several villages (some already forgotten) in its area, such as Saint Martín, Larrade, La Pinilla or El Hoyo, while the ruins of Pajares rest beneath the waters of the swamp.

Lumbreras is the capital of the 13 Villas and in its area we can find the Finca de Pineda, (Estate of Pineda) an old uninhabited space of the same name that, according to tradition, was donated by a king to the inhabitants of the Iregua Valley, giving rise to the Brotherhood of the 13 Villas.

Its town centre offers different typologies of civilian architecture and some of the shields that decorate their houses remind us of the importance of their neighbours, belonging to the Camerano plots of Tejada and Valdeosera. 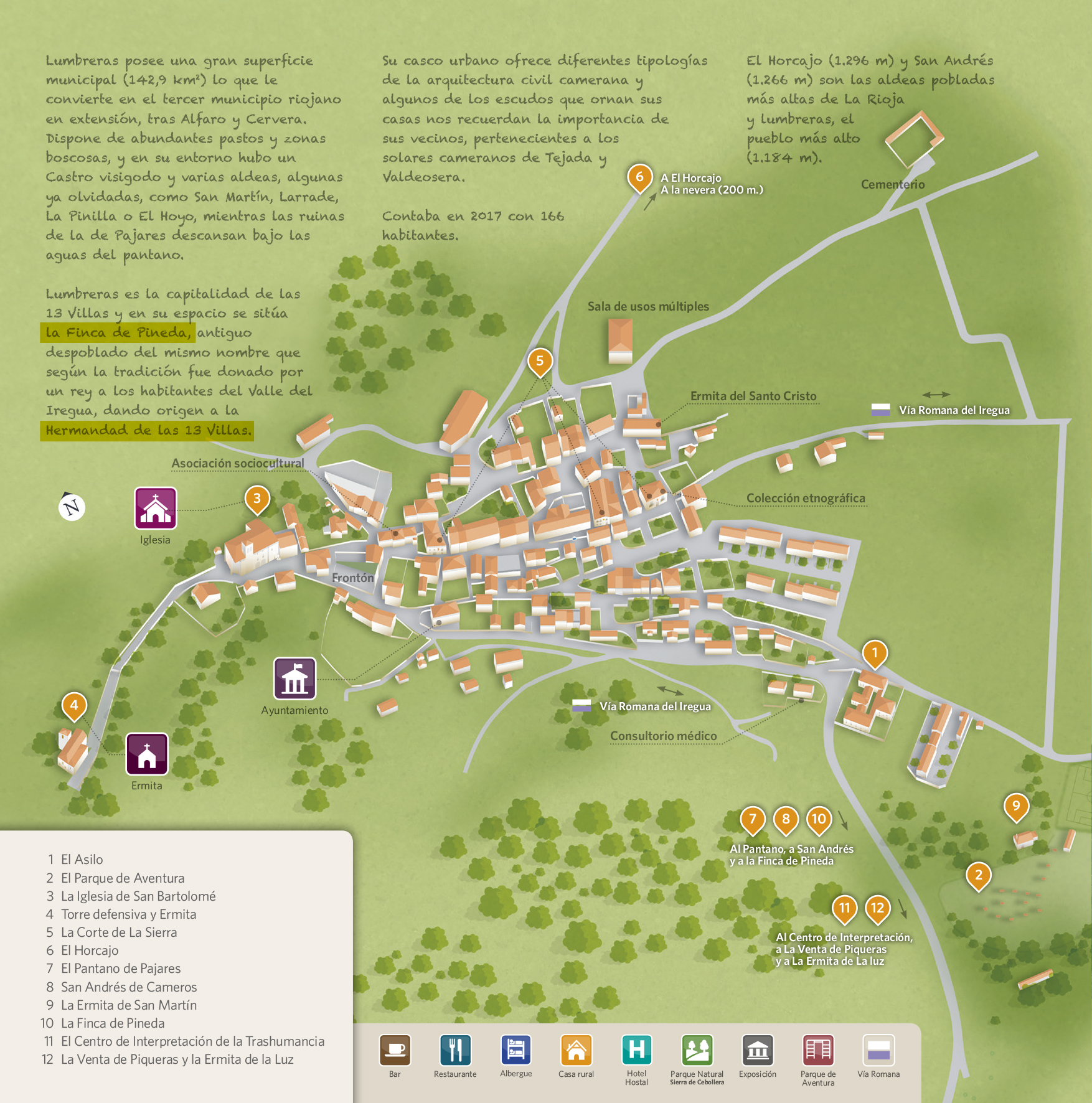 In a hard land in which it has been difficult to survive, several families and people have contributed with their work to the development of the villages in which they…

Sierra de Cameros is the first adventure park in La Rioja. It was opened in 2006 with the aim of promoting tourism in Lumbreras and, by extension, in all…

3 · The church of Saint Bartolomé

A building made from ashlar and masonry from the XVIth and XVIIth centuries, that is accessed through an atrium closed by two beautiful forge fences from the ancient Chapel of…

The Tower was probably built in the XIVth century, erected by Mr. Pedro Manrique, Major Governor of Castilla, granted by king Henry II

5 · The Court of the Sierra

Along a line that reminds us of the old road, we find the main street. It highlights several large buildings with shields adorning their facades,

Lumbreras has had several villages, of which five disappeared before the XXth century. At present, Saint Andrés and El Horcajo still remain

It was projected as many others in the mountain area almost 100 years ago. In 1925 the first works began

The houses for the residents affected by the construction of the Pajares reservoir are located in its upper side, in the same way as it was done in Lumbreras.

9 · The chapel of Saint Martín

Many have been the chapels that were built in this mountain town, not only around the centre but also in its municipality.

The origin of the Brotherhood of the 13 Villas is in an area of 3,898 hectares of the municipal term of Lumbreras.

This informative space focuses on the most important task carried out by the Cameranos until the beginning of the XIXth century:

About 10 km from Lumbreras, there is a unique complex made up of the Chapel of la Luz, the Transhumance Interpretation Centre and the Piqueras Inn.