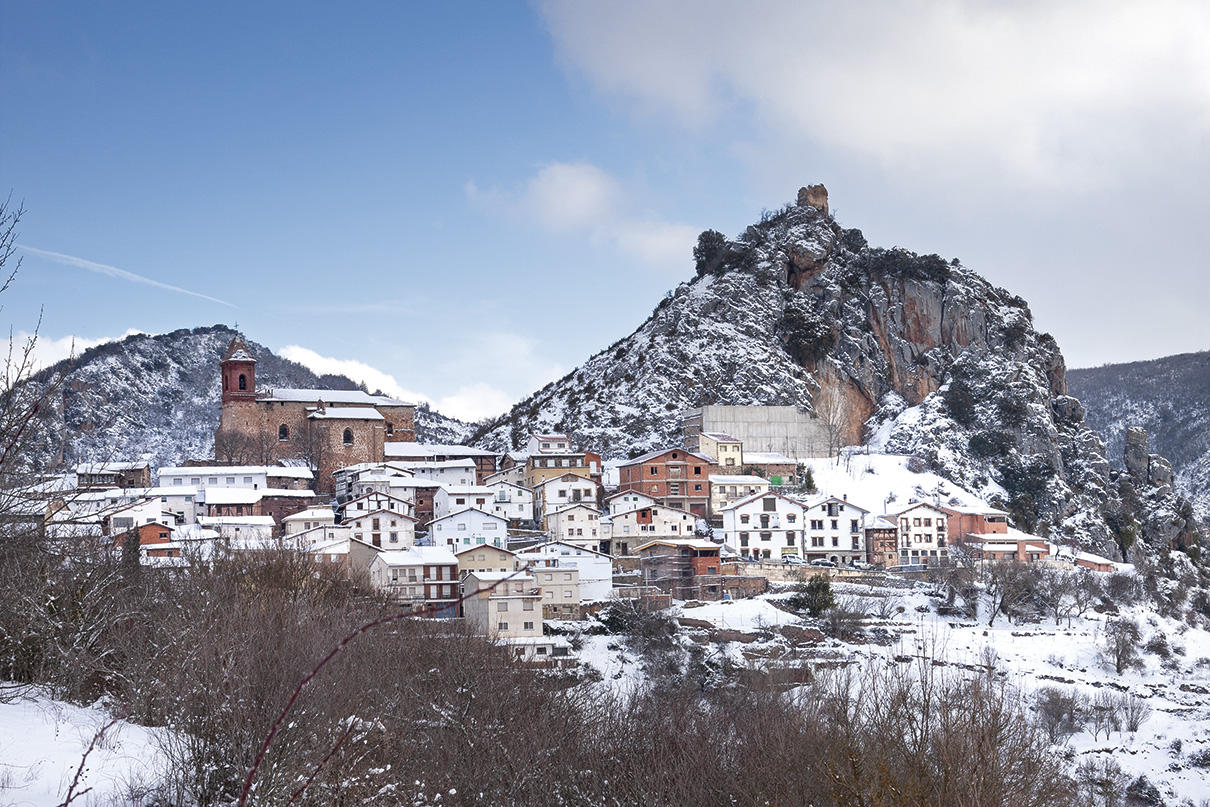 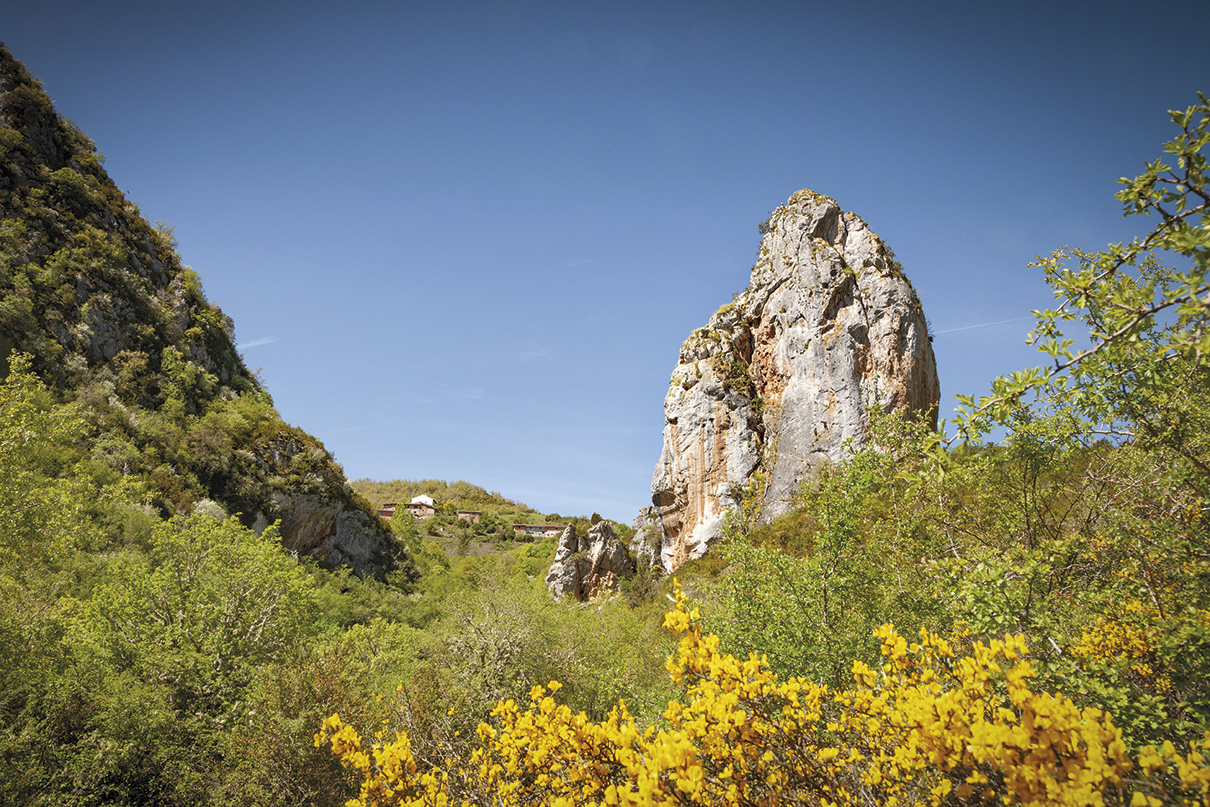 The Cordal de Serradero, which separates the Iregua Valley form the one at the Najerilla River, stretches over its area.
It has the oldest remains of the Camerano settlement, dated in the Middle Palaeolithic. In more modern times, it had other inhabited sites in this district, such as Castejón, Saint Julian and the Iregua neighbourhood, near the river, that are only a memory today.

In the latter, there was the old Venta del Hambre, which was part of the sales network for walkers and carriages that crossed the feared, in the winter, Piqueras Port, that headed to Soria (Spain).
The place is surrounded by chapels or remains of them and the toponymy reminds us places like Saint Julian, Saint Roque, Saint Eufemia, Saint Marina, Saint Theodosia, Saint Mary of the Saints or Saint Anton. 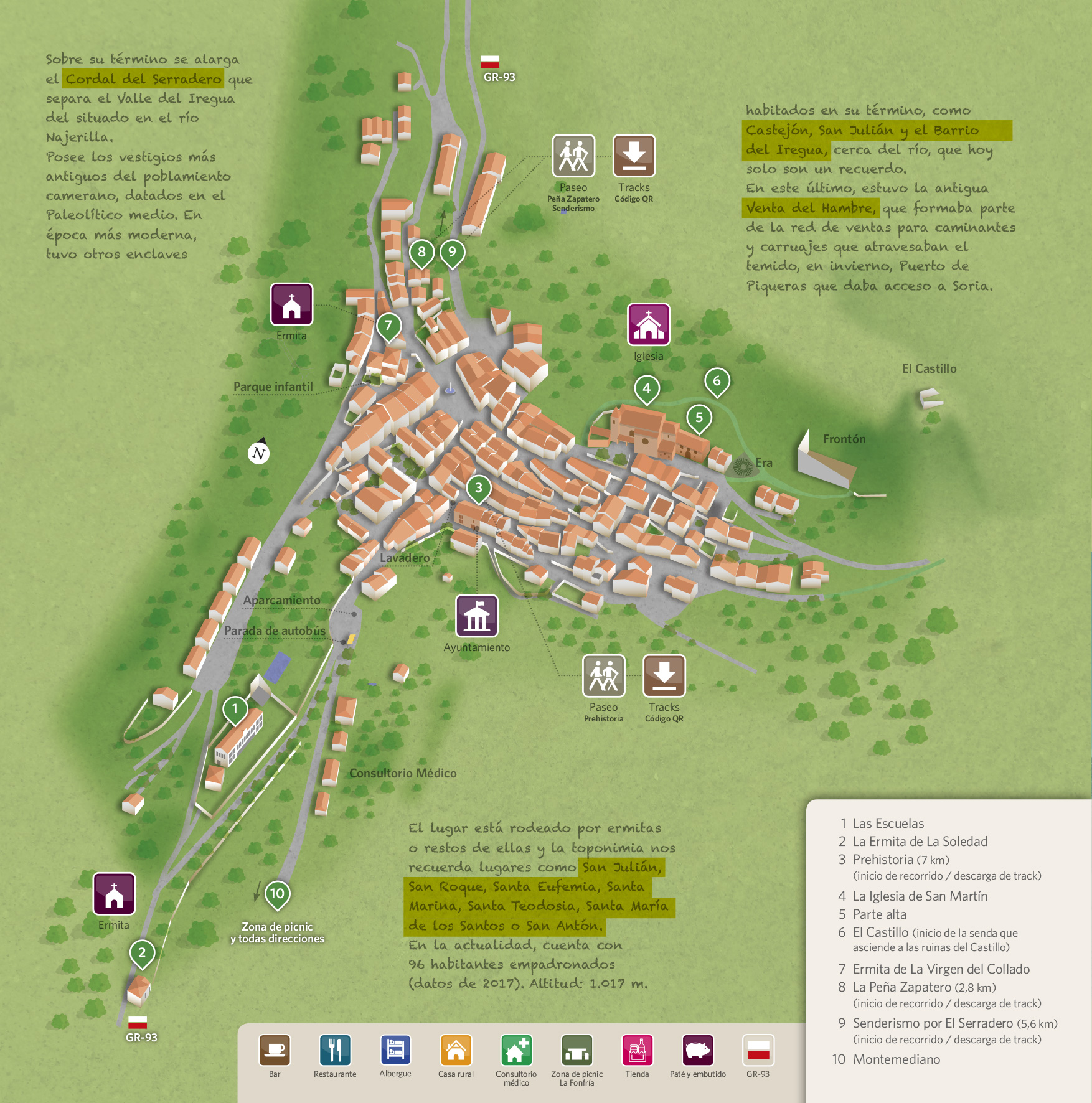 One of the most representative buildings in Nieva is the complex of the Schools, an important educational construction

2 · The chapel of La Soledad

From the Schools, a promenade marked by chestnut trees is opened along a wall with a terraced seat and protected by a wrought iron fence

On the Iregua River, next to the N 111 road, is the Peñamiel Cave, one of the first excavated in Spain, thanks to the work

4 · The Church of Saint Martin

Tradition keeps memories of the temple of the late XVI century, where the Romanesque image of Nª Sª de Castejón

It is the only castle in the region. Above the village rises a rock that is crowned with this defensive construction, unique in the Cameros

7 · Chapel of the Virgin of El Collado

A space generates a square in the centre of the town, presided over by the Baroque Chapel of the Virgin of El Collado, from the XVI century

8 · The Crag of Zapatero

It is known as Peña Zapatero due to an ancient legend: A shoemaker worked in that crag

The summit separating the New Cameros from the Najerilla Valley is called “Serradero”. Tradition relates this name with Serra de Bero

This small spot located on the González Lacasa Reservoir is the village of Nieva. It has beautiful samples of traditional Camerano architecture

The Legend of an Ancient Monastery

From medieval times, the existence of a monastery within the mountain (devoted to Nª Sra. de Castejón) is mentioned