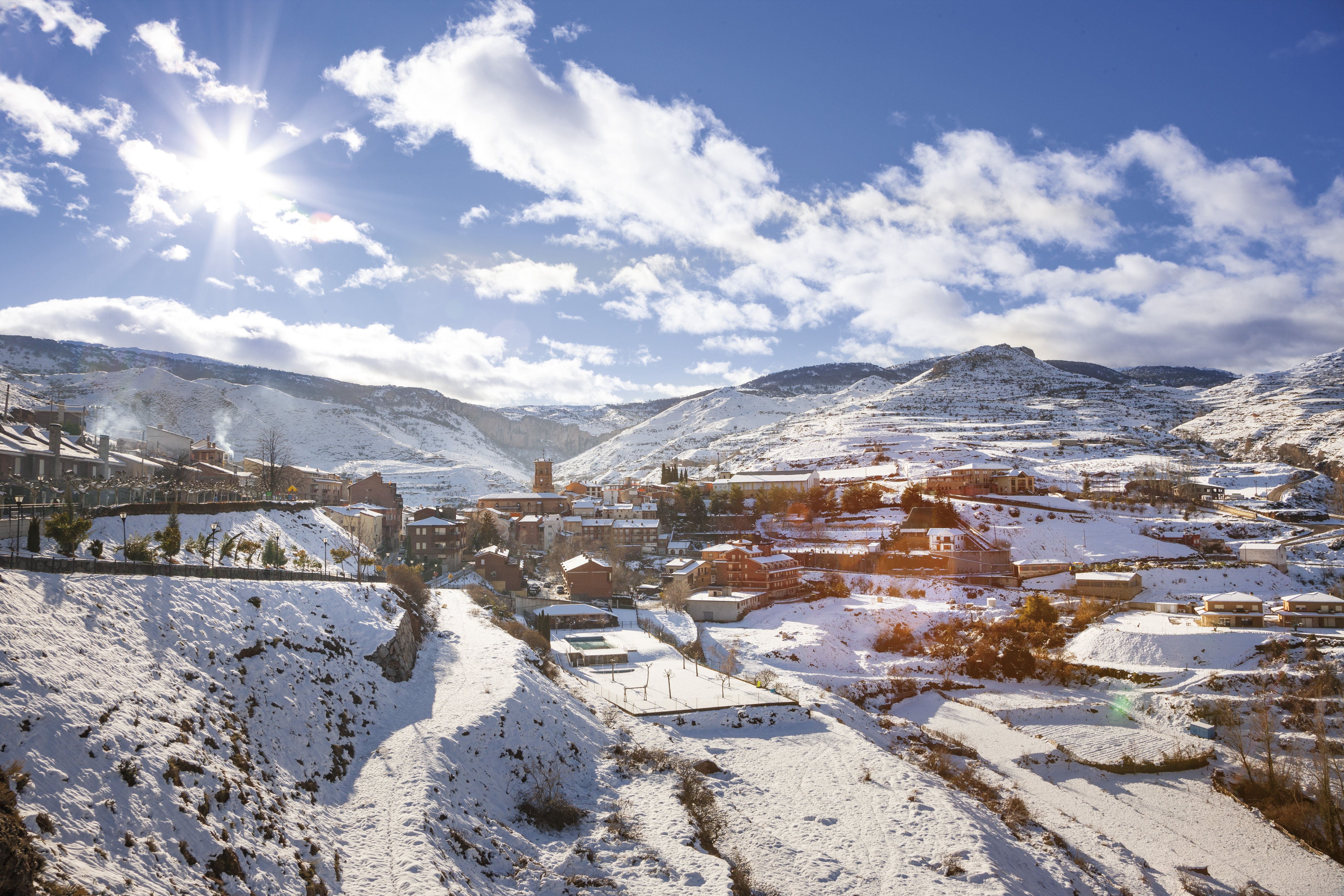 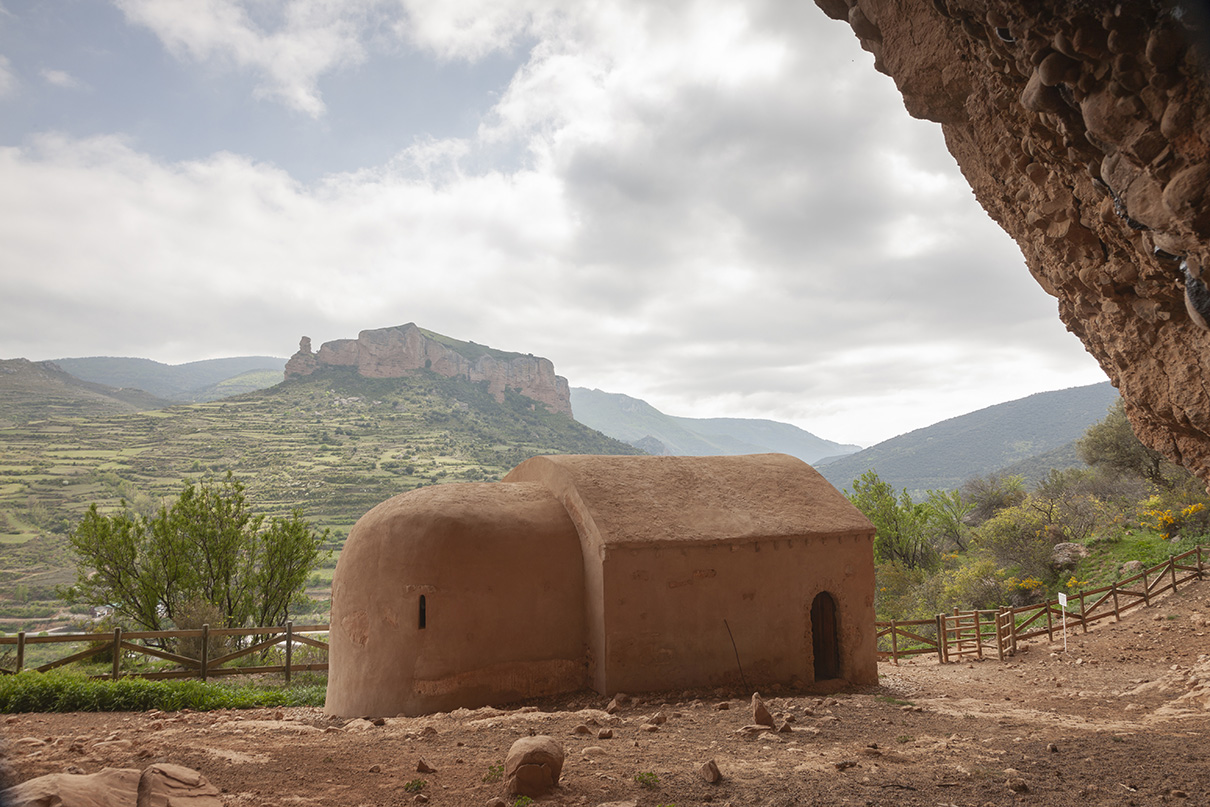 The traveller quickly senses that Viguera was an important site where influences of several towns were united. Its arcades indicate an old defensive enclave and a walk to its viewpoint confirms its privileged situation.

This rural and traditional aspect contrasts with its industrial wealth, based on the use of lime and gypsum and in a pork-butcher industry that emerged from the home slaughtering, which has achieved great national prestige.

Among its rocks, we perceive the change from the fruity, wine and horticultural Rioja towards a farming and forestry territory. Viguera has two other population centres on the road N-111: Panzares and Castañares de las Cuevas.

It is reached through a stairway that, from the square, gives access to a building started in the XVI century, but which has undergone numerous restorations

Following a mostly paved track is this rocky cliff that receives water from the area of Peña Saida and Cerroyera, on the border with the Old Camero

Three Neolithic tombs have been found in the district, and refer us to an age close to 5,000 years before Christ and successive times

Two types of architecture are mixed in the farmhouse: that of the valley together with that of the sierra

Leaning from this place, we understand the designation of Viguera as Door of Cameros. Observing the Iregua River, downstream, the farmland can be seen

7 · The chapel of the Virgin of Rosario

It is located a few metres from the town centre, on the way to the Bridge. It is an XVIII century building that has undergone different modifications throughout history

Although known as 'Roman Bridge', it is a Medieval Bridge rebuilt in the XVI century as a result of a big flood of the Iregua River

9 · The chapel of Saint Stephen

It is a unique chapel that is protected by a rocky ledge that covers it. It looks like a church with a hermitic character related to the different caves

Village located on the N-111 road. It has a longitudinal farmhouse that follows the route. Its parish church is devoted to the Assumption of the Virgin

Small quiet village located on the N-111 road, which emerges from an old inn that provided shelter and food to the carts that went up to the mountains

In the X century, Viguera was a bordering town that had been occupied for two centuries by the Arab family Banu Quasi