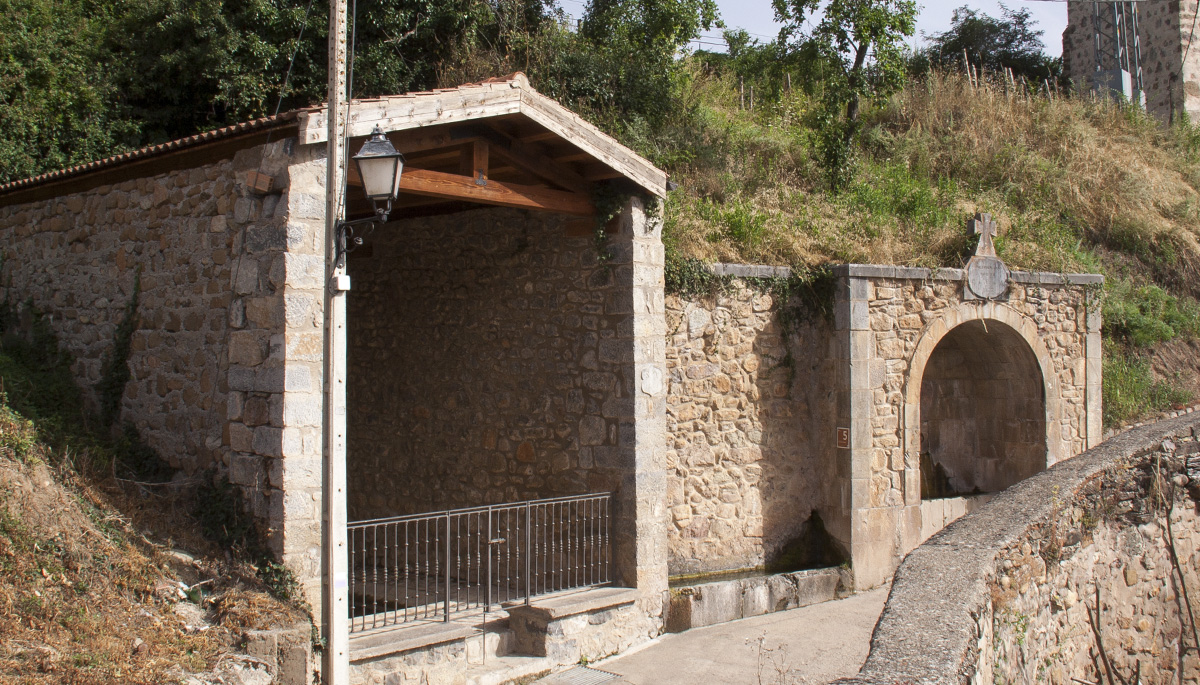 5 · The fountain and the laundry space

The fountain and the laundry space were essential elements before the arrival of the water supply to the homes. In addition, they constituted a social space for work and reunion. The fountain of the church, located on the upper side of the village, was built in 1773 by Juan José Martínez de Robledo and renovated a century later.
The laundry space, another necessary site in the family life of the Cameros and that replaced the washing of clothes on the banks of the Santos River, is located next to the fountain. It was a feminine space where local stories and news were transmitted by oral tradition. It has been renovated recently and has lost the washing slabs and the supports to carry out the demanding task, now forgotten.
The water spaces: Water sources, distribution arks, piping and fountains were preserved by all the neighbours through the system of labour contribution called “vereda” (sidewalk) that was used to clean and maintain these services in a communal way.