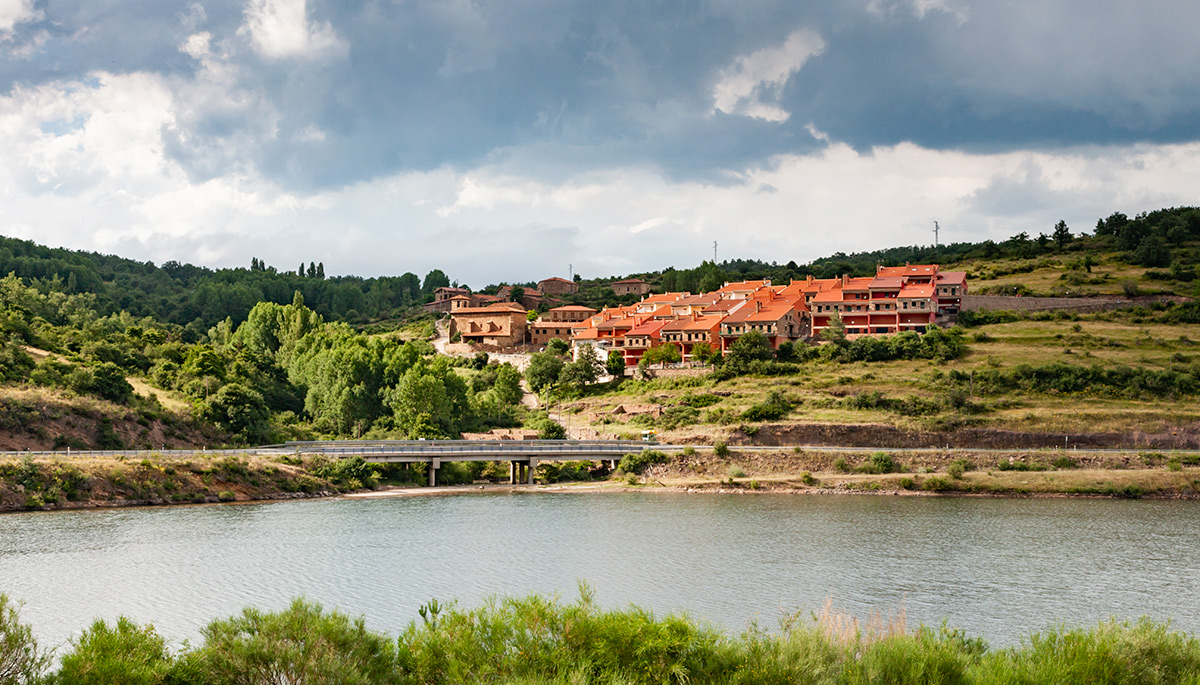 The houses for the residents affected by the construction of the Pajares reservoir are located in its upper side, in the same way as it was done in Lumbreras.
The Church of Saint Andrés is probably a Gothic building that was enlarged and rebuilt to its current appearance. In its central altarpiece, from the XVIth century, the image of the saint to whom the church is devoted stands out.
On the occasion of the disappearance of part of this village and that of Pajares, a study on traditional life was carried out and a permanent Ethnographic Exhibition was organized, that reflected the cultural features of these mountain villages. In a traditional house you can see the old kitchen, the bedrooms and, on the ground floor, all the tools dedicated to agricultural and livestock work, as well as samples of local crafts. There is also a Roman Funeral Stele discovered in this town.