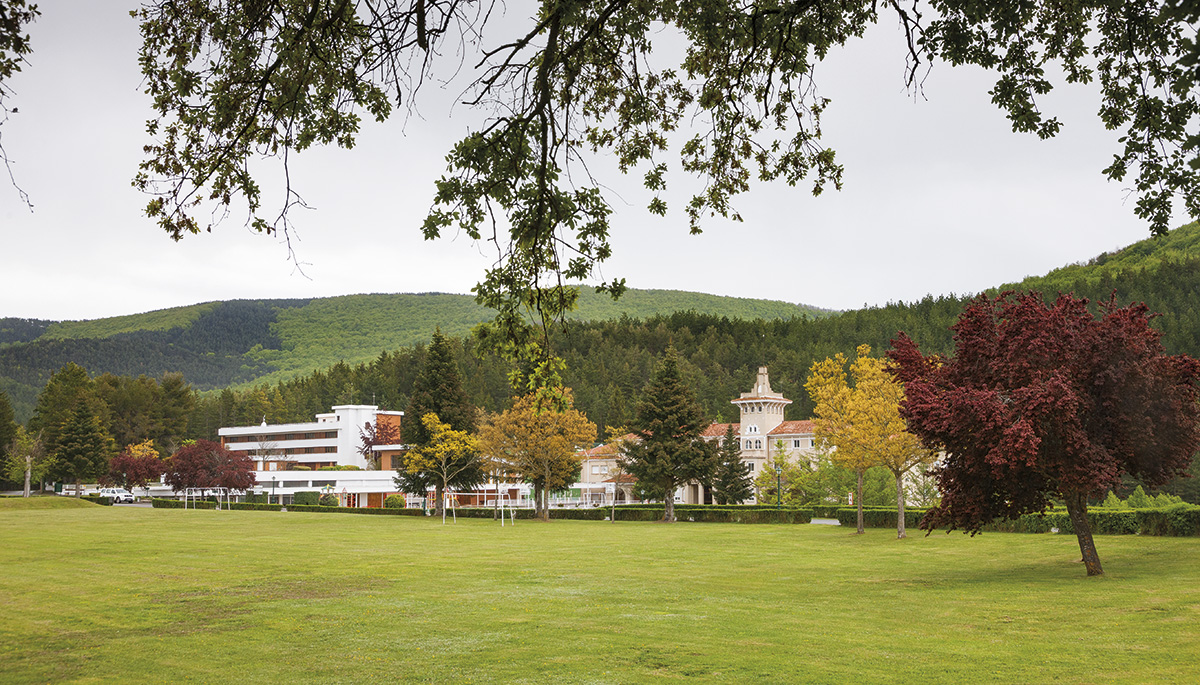 Almarza had two villages, now abandoned: Cocera over the Iregua River, where a house displaying a shield of the Solar de Valdeosera is still standing, and another in the inland part of the Sierra, called Ribavellosa.
A part of Ribavellosa was bought in 1931 to a Camerano family as a resting place for the Caja de Ahorros de Guipuzcoa (savings bank), institution that owned it until 2000, date in which it was acquired by the Ministry of Agriculture and Environment, through its Autonomous Organization of National Parks.
Currently, the forested area offers, through an Interpretation Centre, the opportunity to take a tour around its beautiful paths with the whole family. Among its curiosities, there is a small chestnut forest, a rare species in the Sierra.