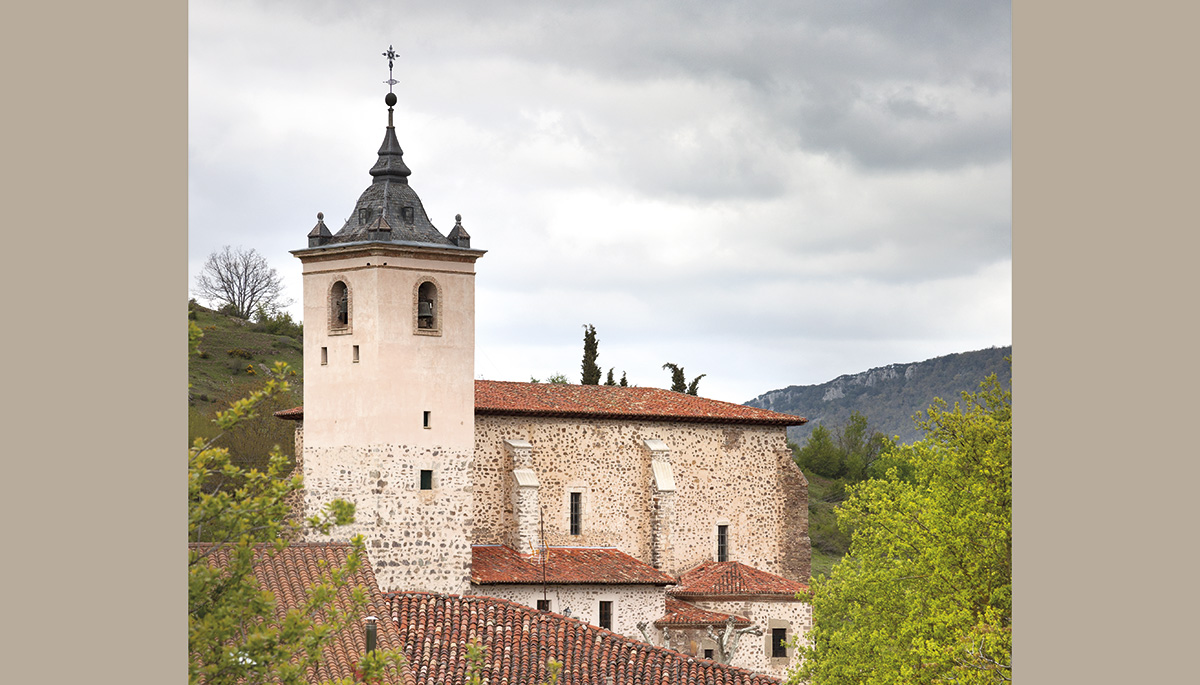 4 · The ‘Cathedral’ of The Cameros

Over the town, one of the most outstanding temples of the region raises, the church of Saint Martin, of the XVI century. Saint Martin is the Patron Saint of six of the parish churches of the 13 Villages, which were built throughout the XVI century, good times for the Camerano economy, thanks to the transhumance and the value of wool.
It was built in several periods and has unique features, such as the slate roof of its tower, material that was also used in the local chapel. Inside, we can find a precious ebony altarpiece.
It is called La Catedral de Los Cameros (The Cathedral of The Cameros) for its greatness and location over the town and the valley.