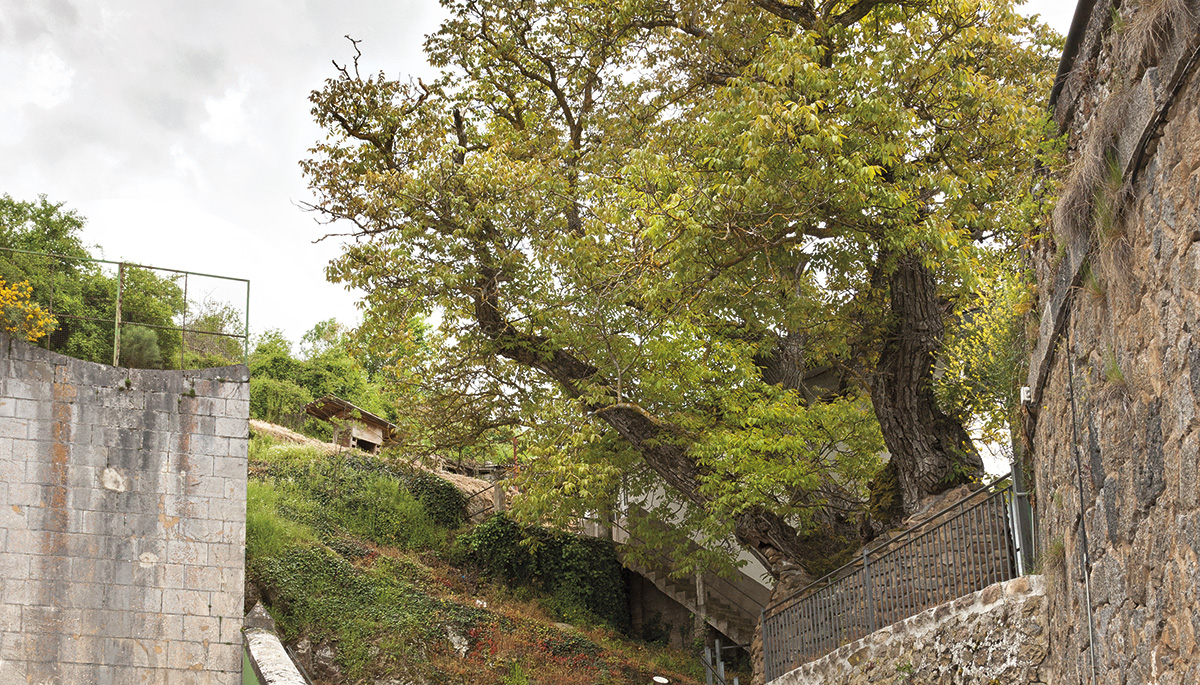 1 · The walnut of the Virgin of the Nogales

It is said in town that the Walnut of the Virgin, today one of the Singular Trees of La Rioja, already existed before the road N-111 was built. The Virgin’s surname is “de los Nogales”, since there were many walnuts in this area, being known as Campo de los Nogales (Walnut Field), place name that is no longer used.
For years, its trunk remained hidden, fenced by a stone wall from which three huge branches protruded. It is said that the walnut has always been linked to the Virgin as, during the Civil War, its image was hidden in the hole of the thickest branch and because, according to the legend, it appeared in this place.