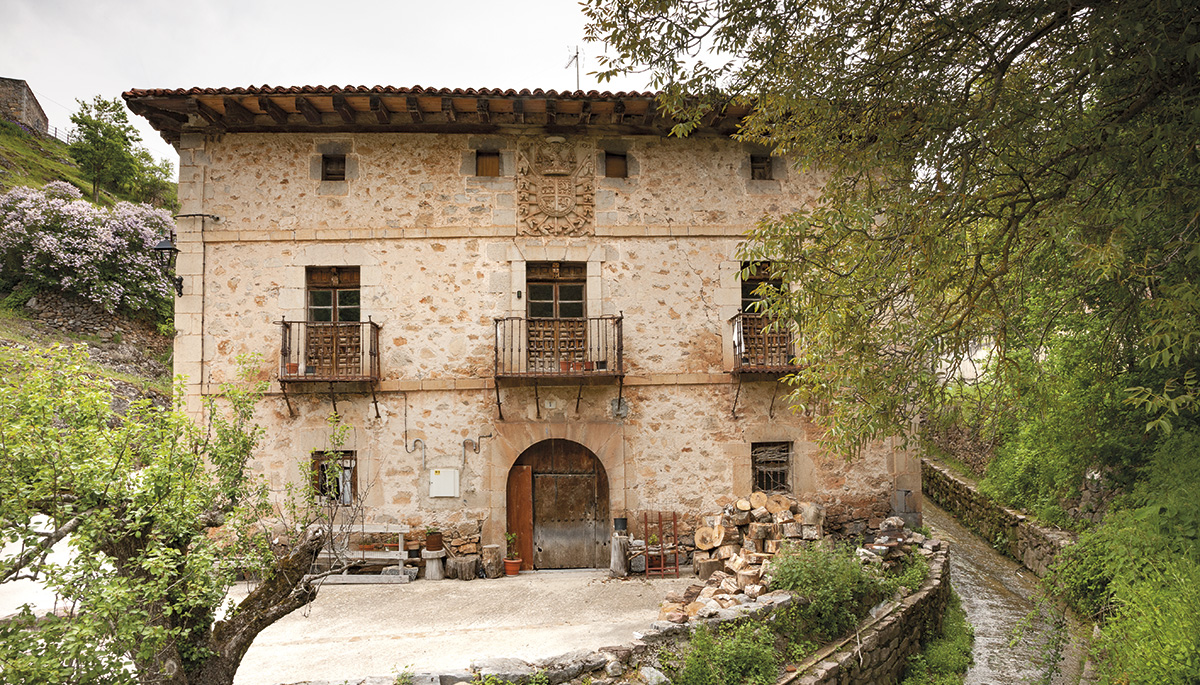 At the entrance of the village, we are received by a stately building, with ashlar big corners. The building corresponds to a very delicate and common typology in Camerano towns. On its facade, we find the coats of arms of the Solar de Tejada, one of the many families belonging to the region.
Its three balconies with jambs and limestone lintels give it a palatial look.
The house was built by José González de Tejada, Bishop of Durango (México) and author of an interesting life and history of Saint Domingo de la Calzada, in which several references to his native town appear. It is known as the Casa del Capellán (House of the Chaplain).