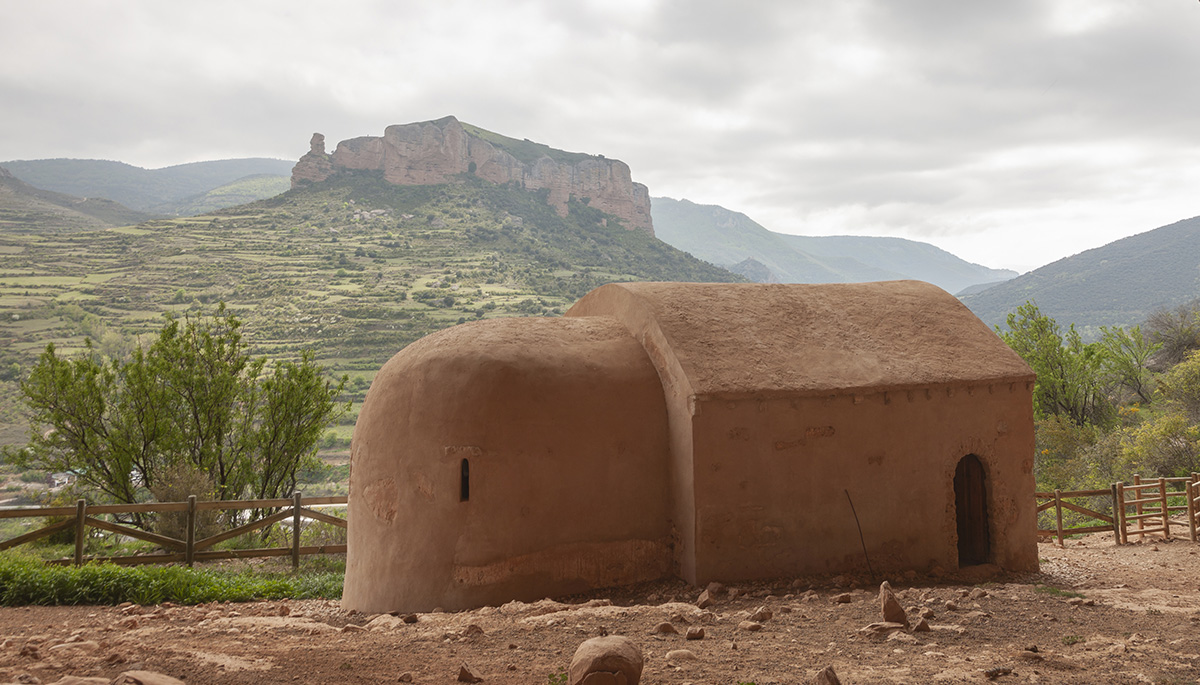 9 · The chapel of Saint Stephen

It is a unique chapel that is protected by a rocky ledge that covers it. It looks like a church with a hermitic character related to the different caves in the area and remains of what was the Visigothic monastery of Saint Stephen.
It consists of a trapezoidal plan, a half barrel-vaulted roof and a small apse. Inside, a semi-circular arch separates the altar from the nave with two side windows.
It is probably from the X century, although its current structure is later. Wall paintings whose content refers to the Apocalypse are kept in its interior, similar to those of the miniatures. The Romanesque pictorial set is the most important of La Rioja, so it is worth ascending. The Venta de La Paula manages the keys.