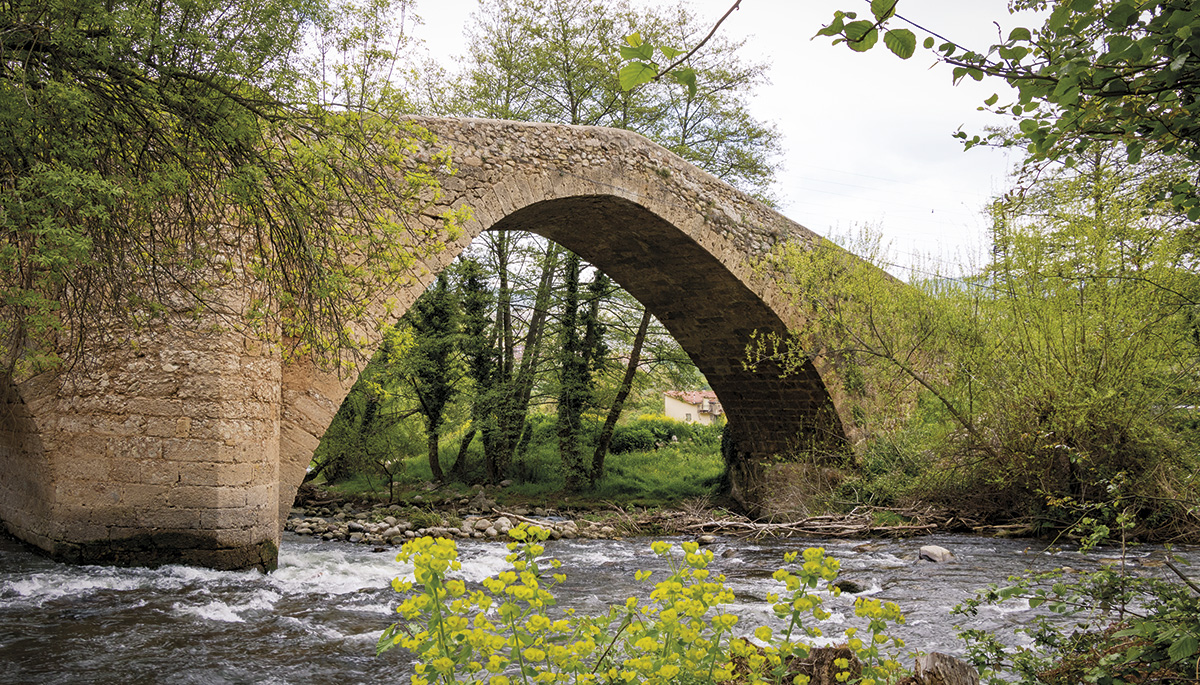 Although known as ‘Roman Bridge’, it is a Medieval Bridge rebuilt in the XVI century as a result of a big flood of the Iregua River (therefore, on the N-111 is indicated as Medieval Bridge). It served as a connexion between the Old Cameros and the valley and linked with the Arrieros Path that continues through Sorzano to Sojuela and Nájera. It facilitated trade between Guipúzcoa, Navarra and Vizcaya, with the lands of the Kingdom of Toledo and Andalusia.
It is made up of three arches, highlighting the central one for being pointed and the biggest. The environment around the bridge is very beautiful and leads us to the left bank and the possibility of visiting a colourful and unconventional chapel.