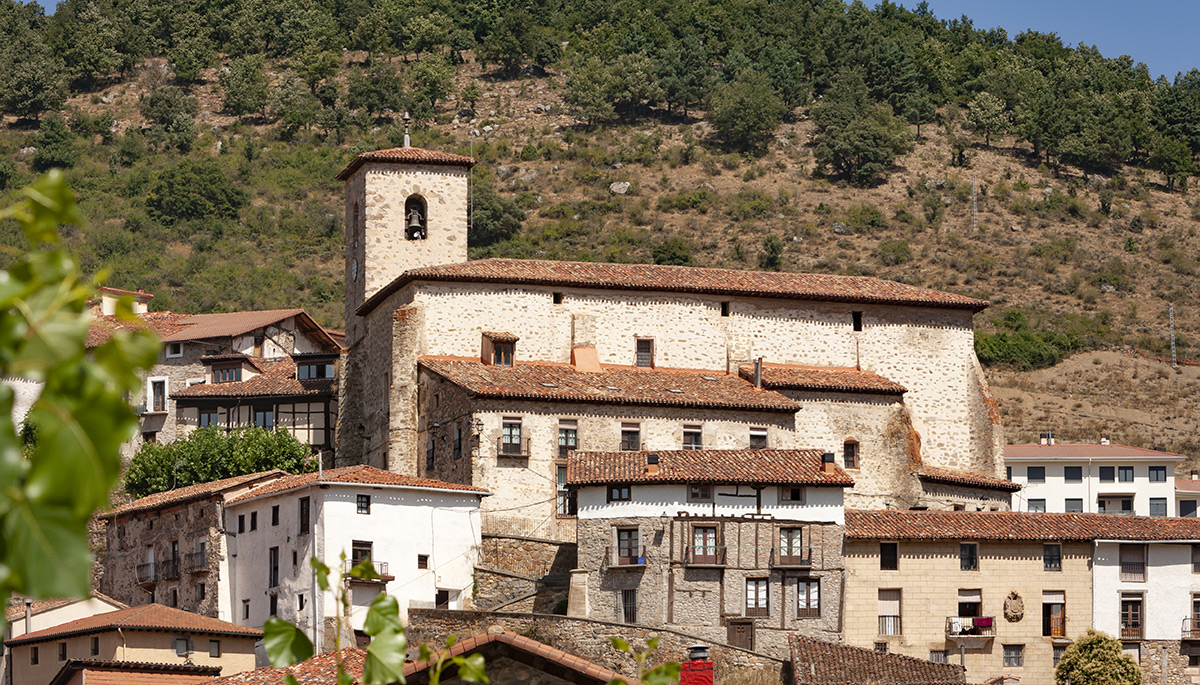 The Parish Church of Nuestra Señora del Sagrario, also known as the Virgen de la Peña, is a XVIIth century building, although there are traces of late Gothic remains. There is a non-gilded Baroque altarpiece in its head, which could replace a previous one and, on the sides, there are Rococo altarpieces. From its ancient past, there is a baptismal font and some corbels that remind us of the Romanesque style.
During the Holy Week, we can see the Twill of the Passion of Jesus. A Spanish-Flemish work of the XVIth century, presumably made in Antwerp by Martin de Vos. The twill covers the main altarpiece during the Lent, hiding its carvings. It was restored in 1997.
Currently, the Week of the Villoslada Twill is organized every year, in which the cloth is reinstalled and guided tours and theatrical performances of the scenes of the Passion are organized.