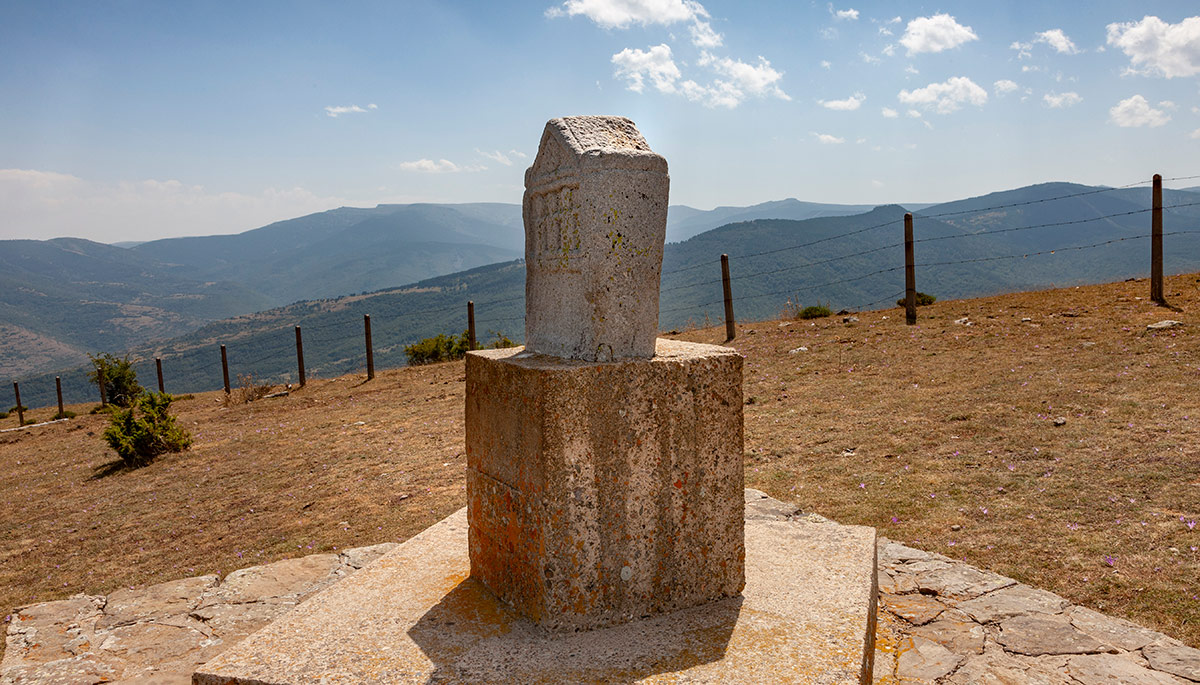 Following one of the paths of the Natural Park, the Path of the Dehesa, and in parallel to the Arroyo Maguillo is the Alto de San Cristóbal, where a Roman stele is located.
It is based on a stone pedestal and has a rectangular shape with an upper pediment. There is an inscription that could not be deciphered and three human figures on the front.
According to the archaeologists, it belongs to the Camerano typology and can be connected with another one found in Saint Andrés de Cameros and that is in its Ethnographic Museum. To them, we must add the Hispano-Roman steles found in El Rasillo and Montemediano, which also have embossed human figures.