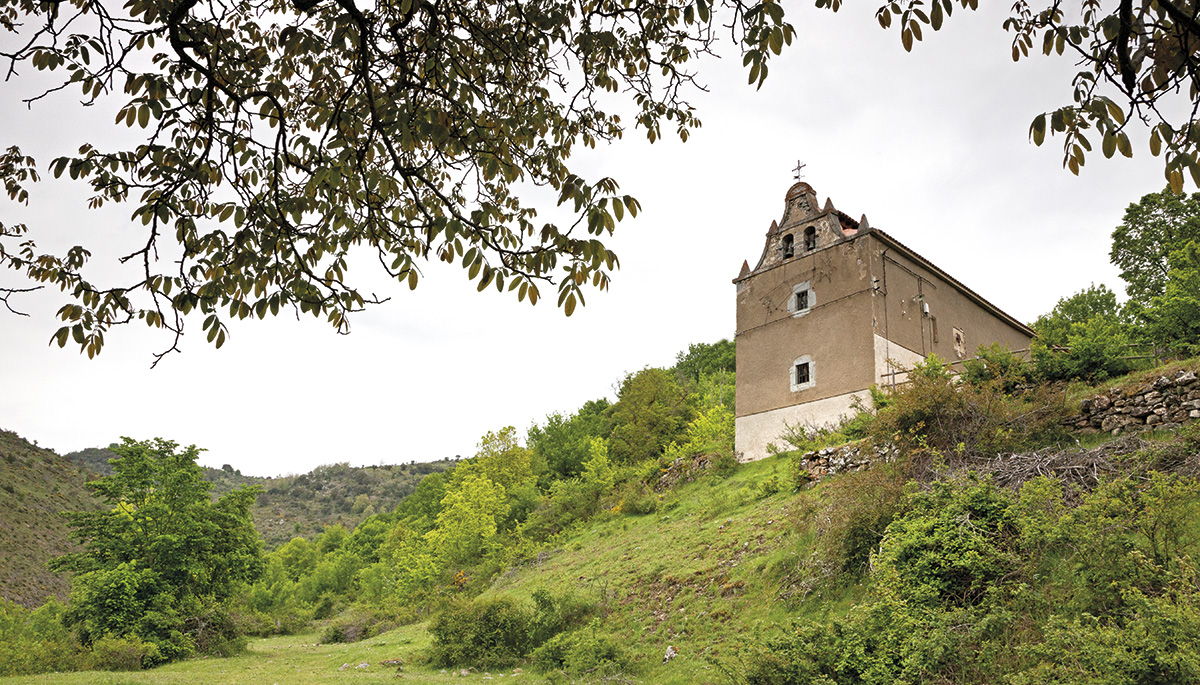 5 · Chapel of the Virgin of la Cuesta

We can observe archaeological remains in its walls, with embedded embossments in the facade that could be funeral steles from different eras. The chapel was built in the XVIII century and rebuilt a century later. Located at the top of the slope, we have to cross the old threshing spaces to reach it.
Nuestra Señora de la Cuesta is the Patroness of Gallinero and, currently, celebrates its festivity on the last Sunday of August. It is said that the image of the Virgin of the Cuesta was carved by Fernando VII’s court sculptor.