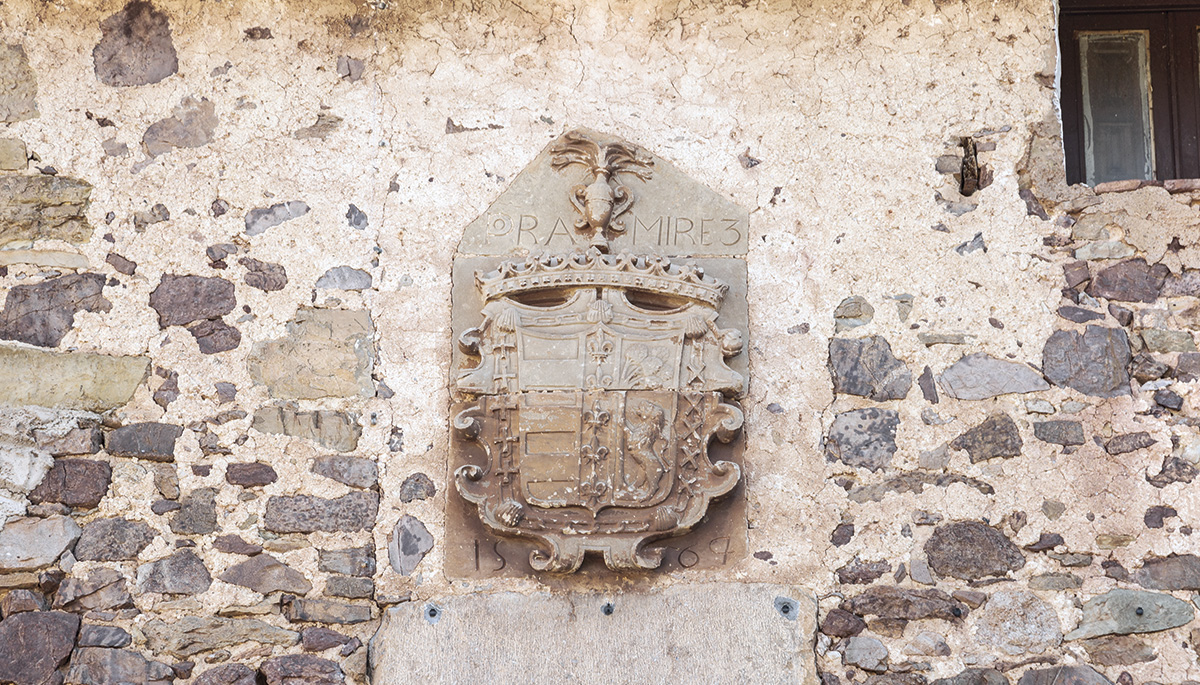 The legend affirms that the Solares are a concession of territories that were made to the descendants of those who took part in the Battle of Clavijo. They appear in the history of the Sierra de Cameros as hereditary legal institutions of joint ownership. They are located in the Old Cameros (Valdeosera and Tejada) and in Pinillos. Here, the descendants of five families settled in (coming from the Solar de Tejada) and constituted the Solar de Calderas, maintaining the last name “Martínez de Pinillos”.
In the village, there was a house with the shield (now disappeared) of this illustrious site, on which the symbol of the copper pot appeared, an object that is shown on other Cameros shields, together with a wolf chained to a tree.
The coat of arms related to the Counts of Aguilar (who were Lords of Cameros) and which has the name of the owner family, Ramírez, is still kept. It is dated in 1567. In addition, there is another shield of the XVII century, representing an eagle, a rampant lion and four fleur-de-lys.