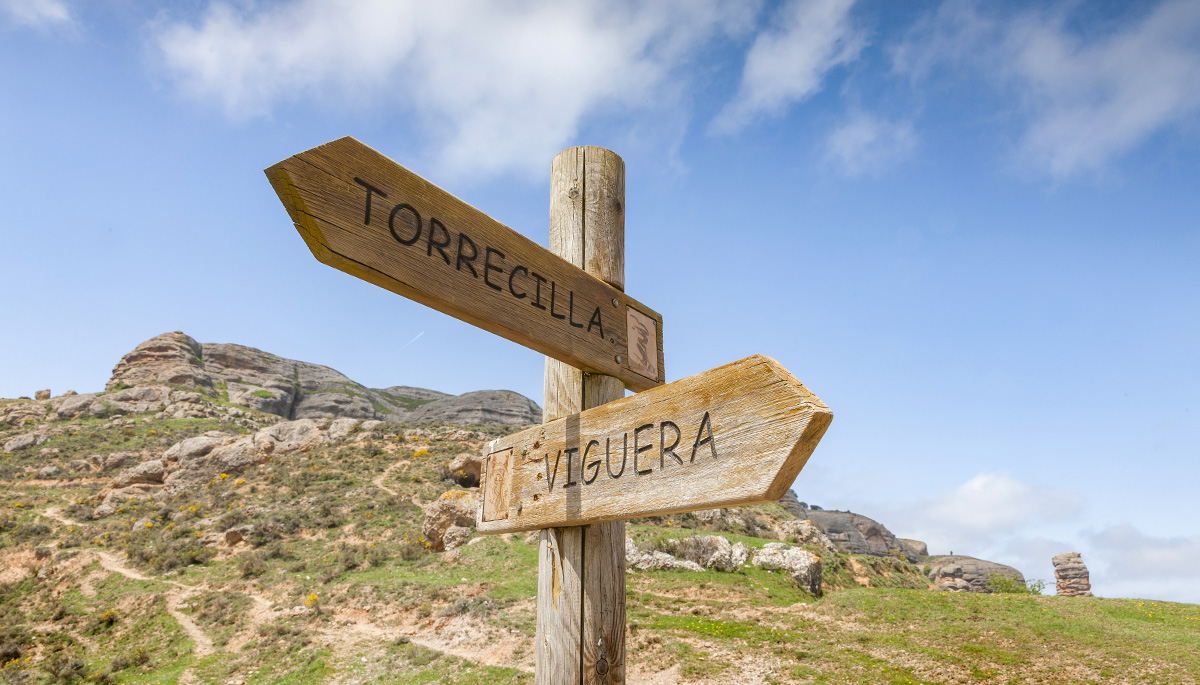 The so-called Roman Road that came from Varea over the course of the Iregua enters the Sierra de Cameros by Viguera and runs to the base of the port of Piqueras, where it meets the one that followed the Valley of the Leza River and, both together, reached the heroic city of Numancia (Soria).
Nowadays, a marked tourist route has been created, called “Roman Road of Iregua” following the probable route of the Roman Road that allows to cross on foot the whole course of the Iregua river from Logroño (Puente Madre) to Venta de Piqueras, where it ascends towards the side of Soria.
In parallel and through the summits, the cattle glens took the cattle from the valley to the lands of Soria.