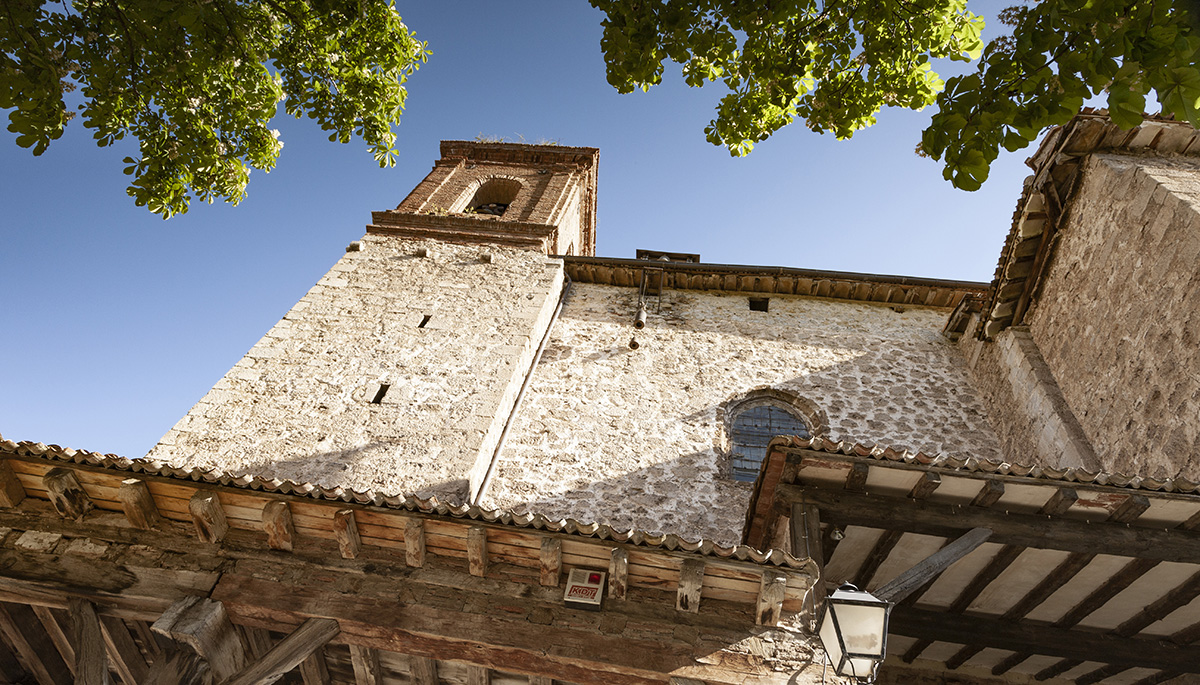 4 · The Church of Saint Martin

Tradition keeps memories of the temple of the late XVI century, where the Romanesque image of Nª Sª de Castejón, from the XII century, can be visited. This image comes from an old medieval monastery that was located in a wooded area of the mountain. This monastery was donated to the Church of Calahorra in 1158 by Don Sancho III of Castile and his wife, Doña Blanca.
The image wears pastoral sandals and a very particular dress so, sometimes it is called “the serrana” (coming from the mountains). The legends about the livestock of that sanctuary tell us about the pastoral dedication of the whole region.