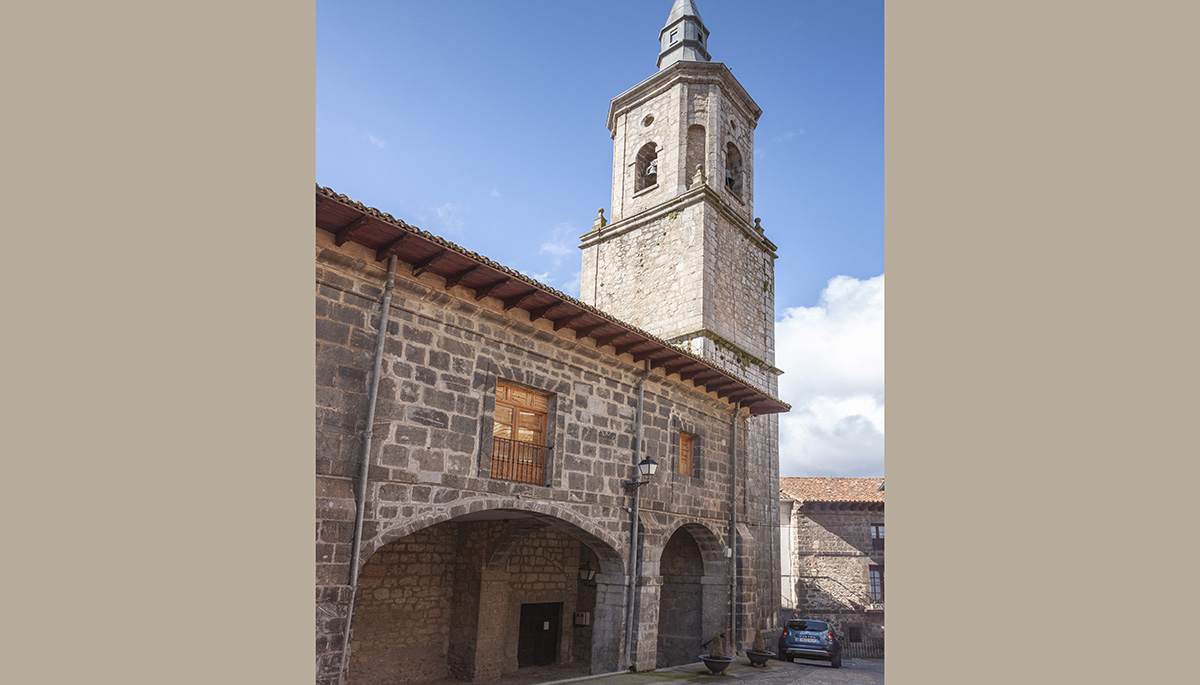 It has a lean tower dating from 1764, turned into a permanent watch tower for the town, and an atrium and arcades that have witnessed an important activity since ancient times.
It is a quadrangular construction of the XVI century, raised in ashlar stone, with three naves and starred vaults. It houses a series of images and altarpieces, including the central altarpiece devoted to Saint Martin (from 1543), a Flemish triptych (from 1575), a Renaissance altarpiece presided over by a Gothic carving of the Virgin and a large collection of XVIII century images.