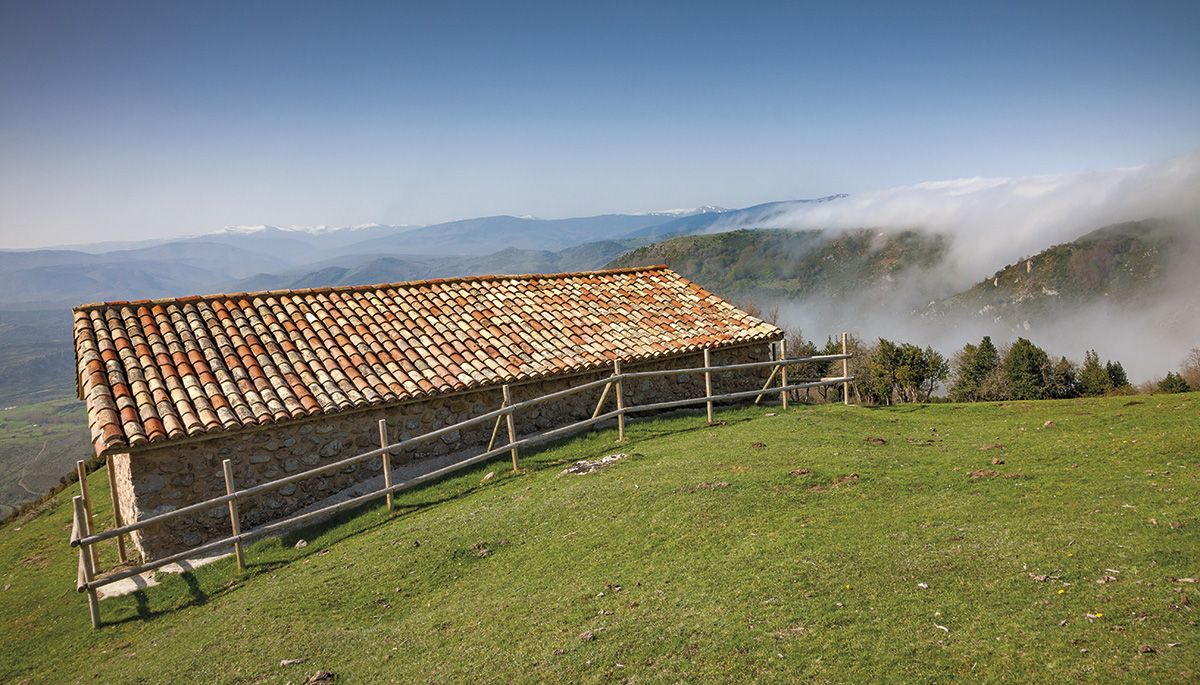 One hour away up to the Serradero, on the way to Castroviejo, we find this chapel that could have been Romanesque and which has been renovated several times. Inside, it has a pointed barrel vault.
The shepherds from the surrounding areas used to meet in its portico, where medieval ruins have been found. The closest weekend to the 24th August, feast of the Saint, the pilgrimage that used to walk to that site (from which the view of the Cameros is impressive) has been recovered. The old road that leads to Castroviejo, which gives access to the Valley of Najerilla still remains.