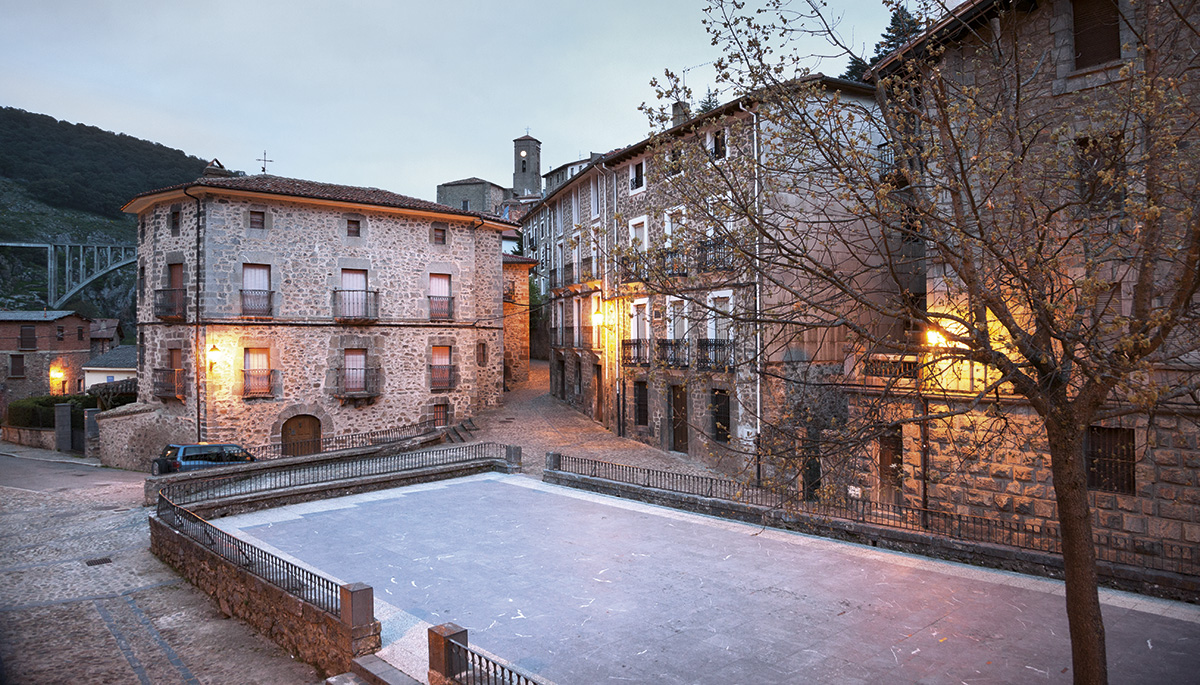 On the covered course of the Albercos River, work accomplished by the Ortigosana Union in 1890, is the centre of the village, around a fountain with its sundial (1867). At its side, a young elm tree, which reminds us of another ancient one which was there long ago, is witness of the dances that, year after year, are performed in honour of its Patroness.
Around, we see the Town Hall and the Casino of Ortigosa in one corner, completing one of those social spaces with multiple functions, highlighting the gathering of the neighbours on both sides of the river.