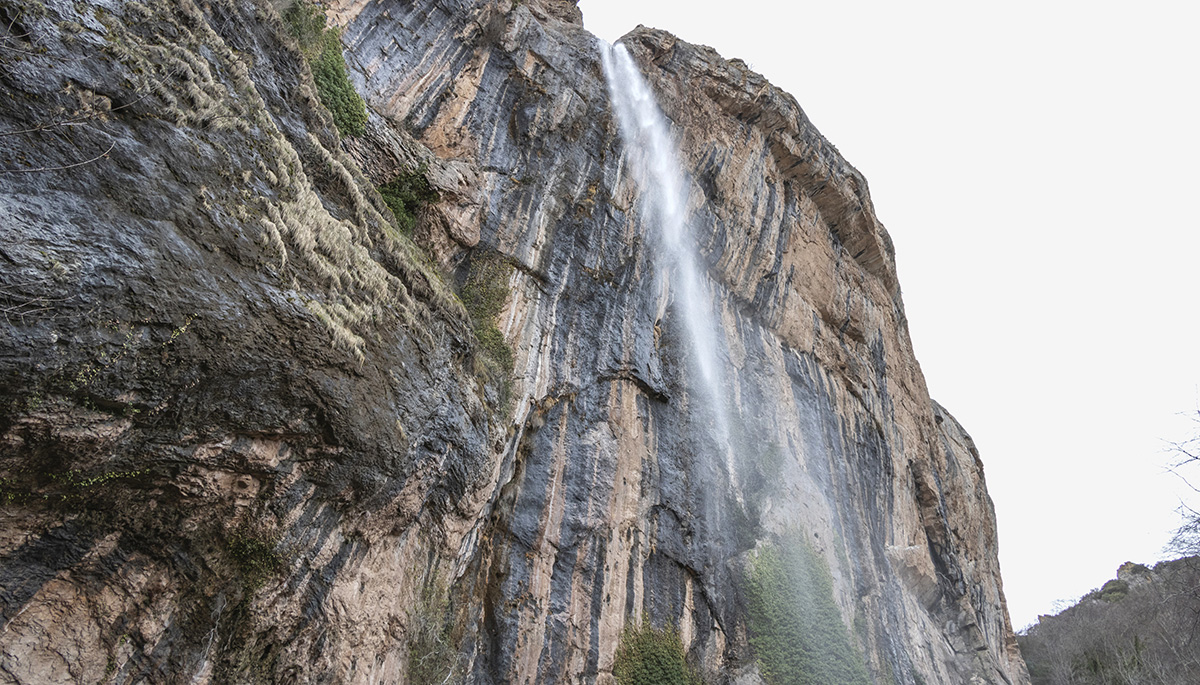 Following a mostly paved track is this rocky cliff that receives water from the area of Peña Saida and Cerroyera, on the border with the Old Camero.
This is the limestone crack of Peña Puerta (which is why it is generically known as “Chorrones de Peña Puerta”), where a cascade of more than 60 m in height is formed in the rainy season. In the winter, it freezes sometimes and forms huge and spectacular icicles.
The limestone wall is equipped for the practice of climbing and in its surroundings we can observe the flight of the vultures that reside in the rocky walls of the Iregua. Its route begins in the Viguera Square.