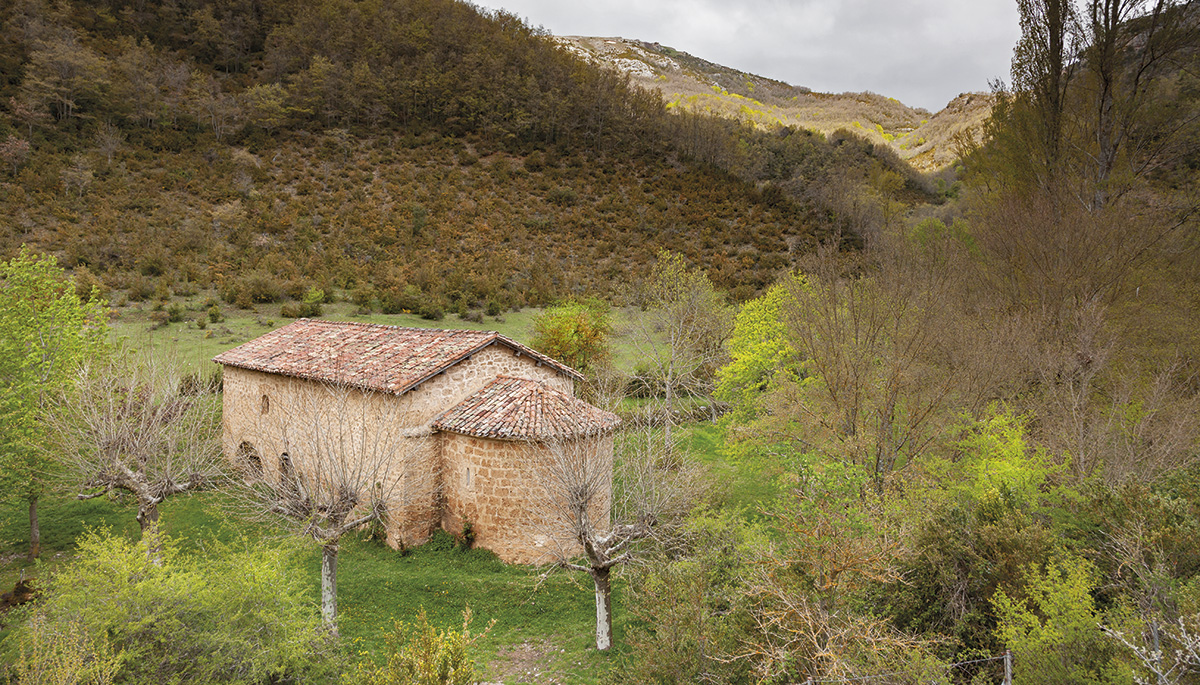 The Chapel of Saint Peter, declared a National Historical Monument in 1982, is located about two kilometres from the town, following the channel of the river that bears its name and that formerly gave strength with its waters to several fulling machines on its banks.
It is a Mozarabic temple from the XI century, with a single floor and a round apse that belonged to the Monastery of Sª Mª La Real de Nájera. The surroundings are of great natural beauty and a pilgrimage on the Sunday after June 29, festivity of San Pedro takes place there.