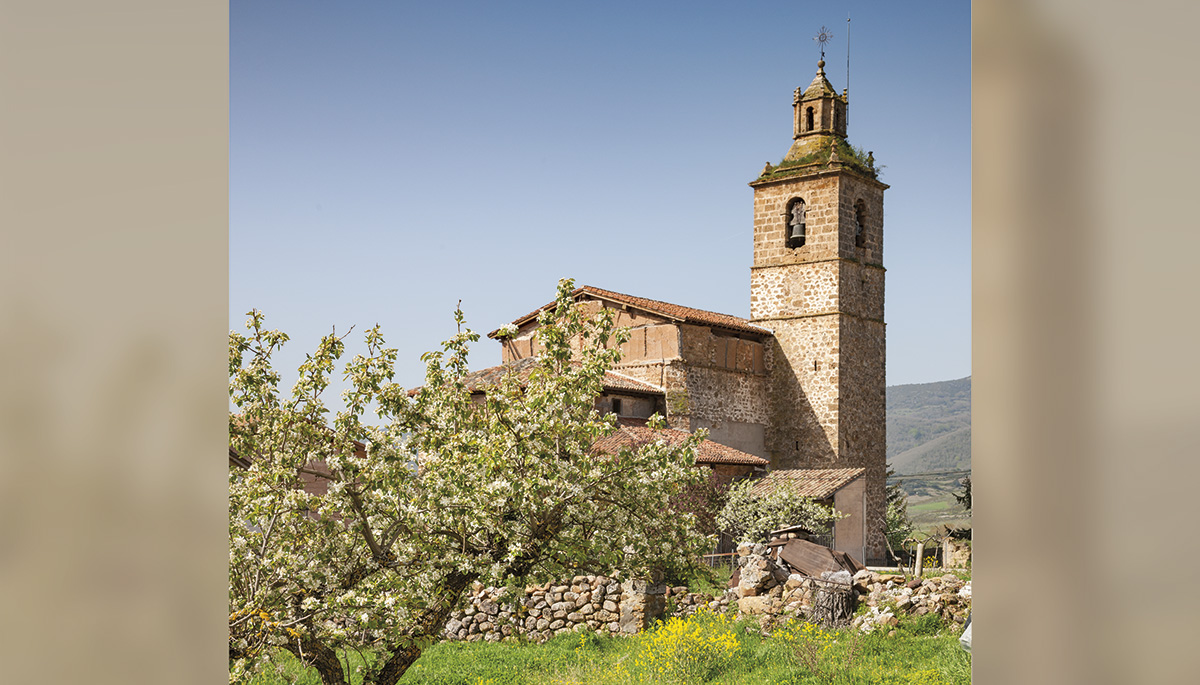 Church devoted to this charitable Saint, so common in all the Sierra de Cameros. It is a building erected in the sixteenth century, in masonry and rough ashlar, with the particularity of using the tuff stone, very light but tough. Its tower was built later and has three bodies. It can be seen from the entire jurisdiction.
On the main altar we can see the image of the Patron, next to those of Saint Peter and Saint Paul and a large Marian carving on its upper part. It also has an interesting altarpiece devoted to Saint Blas, to whom the throat patients were entrusted. On his day, February the 3rd, the homemade rosquillas (donuts) were blessed and many devotees from neighbouring villages used to participate in the celebration. There are several paintings on copper in the Temple and a rich ecclesiastic heritage, indicating the importance of the place in the past.